Thank you to everyone who read yesterday’s post! I appreciate your patience and grace with me in this horrible, wonderful process called life. I was encouraged and inspired by the feedback.

Now, time for something a little more lighthearted ????

I was in college when The Bachelor first premiered. I don’t think I ever gave it more than a five minute glance. It disgusted me–mostly because reality TV was new, and not to be trusted.

Since then, I’ve seen much more than five minutes worth of fabricated reality romance. It always pisses me off. The girls drive me crazy–they throw themselves on these men as if they’re the last breathing male specimen on the planet.

And these women, many of them talented and successful individuals, effectively set us back about 60 years with the way they fawn, prance, and promise to be the bestest wife everrrrr!!!!

Last night, audiences across America breathed a collective sigh of relief as Jaun Pablo’s season finally ended. If all the previous bachelors were slugs, this guy is the slime that surely follows. *shudder* What a creep.

I caught myself wondering just what would happen if some of our literary predecessors stumbled upon The Bachelor. What on earth would they think? It’s such a spectacle of our time. Even if you don’t give it more than two seconds thought–this ridiculous show is its own ridiculous narrative.

Shakespeare would have had a heyday, I can tell you that. I’m a bit sorry they didn’t have The Bachelor in Elizabethan England because the Bard would not disappoint in recreating it. The dialogue would have been a bajillion times better, at least.

The Bronte sisters would hash out the skeletons in the closet, or crazy ladies in the attic–very exciting, I’m sure.

Dickens could have pointed out every character’s annoying idiosyncrasies in such a way that their names would no longer matter. We’d know them by their twitches and nose hairs; their drooping eyebrows and shoulder shrugs.

It would surely be the best of times and the worst of times, I can tell you that.

But if I had to pick an author to reimagine The Bachelor it would most definitely be Ms. Jane Austen. 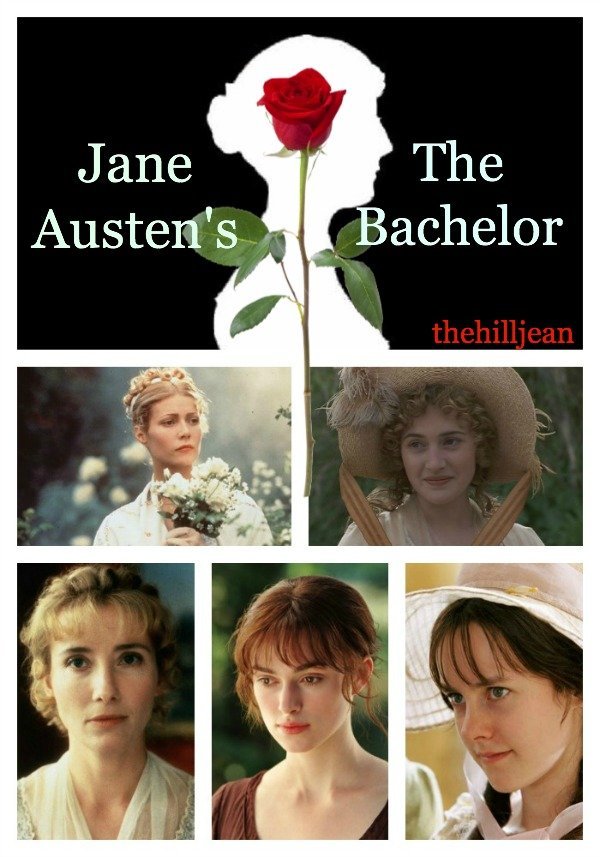 Because she understood the delicate underpinnings of conversation. She was a master in the subtleties of character. And most importantly, she understood that the real drama happened behind closed doors.

While Ms. Austen has many characters to choose from, I’d like to pick the top five. If we’re honest, we only really care about the top five in ABC’s The Bachelor. Everybody else is just background noise.

Here are the top contestants: 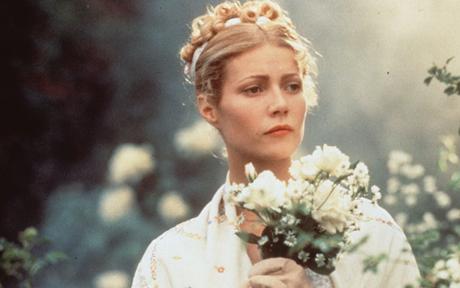 Emma would most certainly be a drama queen on the show. She would imagine herself madly in love with the bachelor, and manipulate every other girl in a remarkably friendly way. She would manipulate the bachelor by throwing her homies under the bus–er, carriage.

She would also publicly humiliate another rival in hopes of further promoting herself. 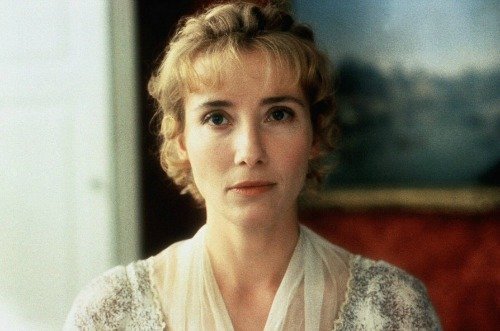 Elinor would be kicked off in the very first episode. For one thing, she could not handle the ridiculous drama, and for another she would hate to stand in her sister’s way. Later, the bachelor would look upon Elinor as “the one that got away.” 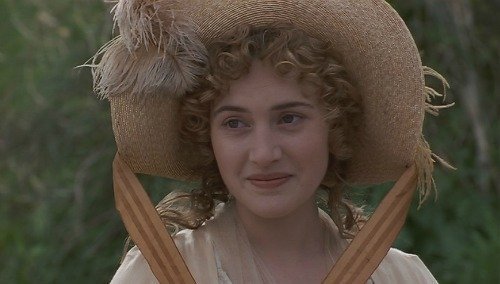 Marianne would dance her way into the bachelor’s heart almost immediately. She would fancy herself madly in love with him, write songs and poetry in his absence, and be the first to say yes to a Fantasy Suite date.

Marianne would also be one of the first to be sent home after a trip to her parents house. The bachelor would remember Elinor, see Marianne as the cheap catch that she is, and ditch the family all together.

Lydia would wear the most scandalous of clothes. Her arch nemesis would be Emma Woodhouse. Lydia and Emma would both spend a great deal of time slandering the other. Together, they would keep the tabloids rife with drama. 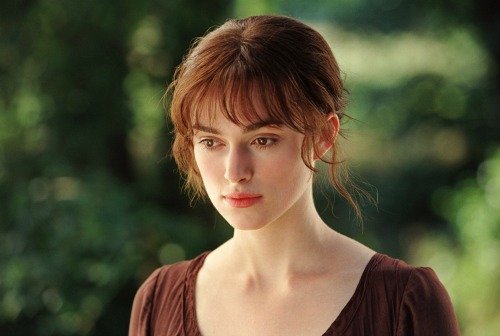 Elizabeth would win the first impression rose. She would also be the most likely to NOT fall for the bachelor. She’d make it to the final three and then voluntarily leave the show.

She would then momentarily lose her mind and go back to the Bachelor. The show would end with her telling him,

Do you have any literary characters you wish to imagine on the Bachelor? Do tell!

P.S. I’ve written about The Bachelor before. You can read all about my own rose ceremony right here ????

8 thoughts on “The Bachelor, by Jane Austen”