So…I got an iPad for Christmas. I requested an “e-reader,” yes, said just like that, because I’m a nerd. I wanted an electronic device whereby I could purchase books (at a discounted rate) and ignore my family while diving into fictitious worlds. Reasonable Christmas wish, right?

I even told Matt, “Hey, I don’t want an iPad. If I get an iPad I’ll get a bunch of email notifications and the kids will hog it. I just want something for all my books. I just want a device for reading.”

What did he do?

He went to AT&T and negotiated a deal (where he gave up data–oh, the sacrifice!) and they gave him the newest model of the iPad.

Yes, totally gift of the Magi.

Christmas morning was full of surprises. The kids scrambled to find out what Santa brought them.

I scrambled to solve Matt’s totally obnoxious “treasure hunt” to find my gift. After about 14 ridiculous hand-written”clues” I found my gift: wrapped between two kid-sized boogie boards. In duct tape. Needless to say, by the time I opened it I was totally annoyed. 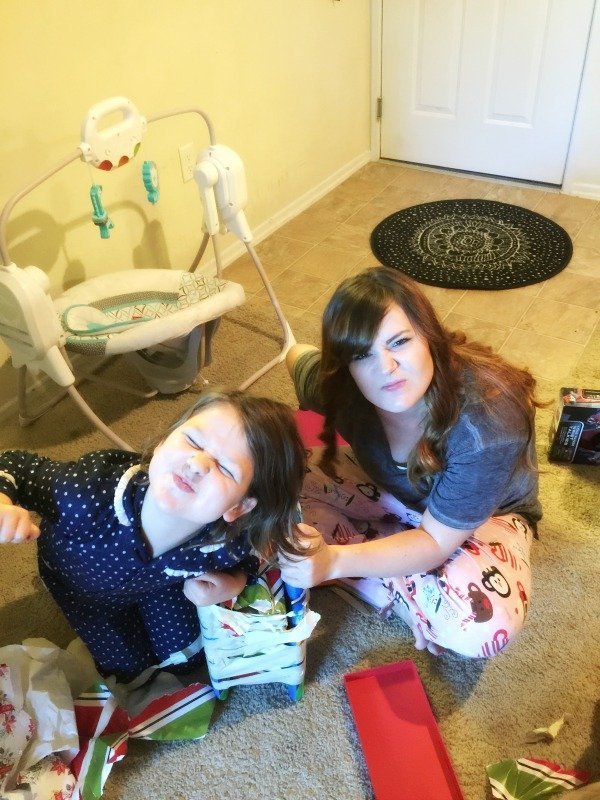 But hey! I got an iPad for Christmas! New worlds opened up for me. Or apps, whatever. Suddenly, the possibilities were endless. Never mind the fact that I could pretty much do all of these things on my iPhone. Bigger is better, and I had a big shiny iPad!

Just as new worlds, I mean apps, opened up for me–new apps opened up for my kids. Listening to Chaucer prattle on about “The Apple Store” over his cheerios was both adorable and disconcerting.

My pristine e-reader evolved before my very eyes. The screen now reflects pages and pages of weird games my kids love. Games like giving Santa Claus a makeover (why???), or zombie ninjas who have to collect coins (no idea), or Disney Princess Pets (someone needs to talk about why these kittens have bouffant ponytails), and lets not forget the educational ones like alphabet with Elmo (why is Elmo still a thing?).

Now, to be fair, since Christmas I’ve purchased about eight books on my iPad. Its just so dang easy to click “Read” and get sucked into a new novel without even having to leave my chair. Breastfeeding has never been so expensive.

Eight new books. Seven of these books have been read on my iPhone. That’s right, I said iPhone. Not my new e-reader. Not my fancy surprise from the husband. No, my old iPhone 4s.

It appears my gift is not really mine. They have taken it. And here are some things I’ve learned now that we have an iPad in our possession. I mean their possession. 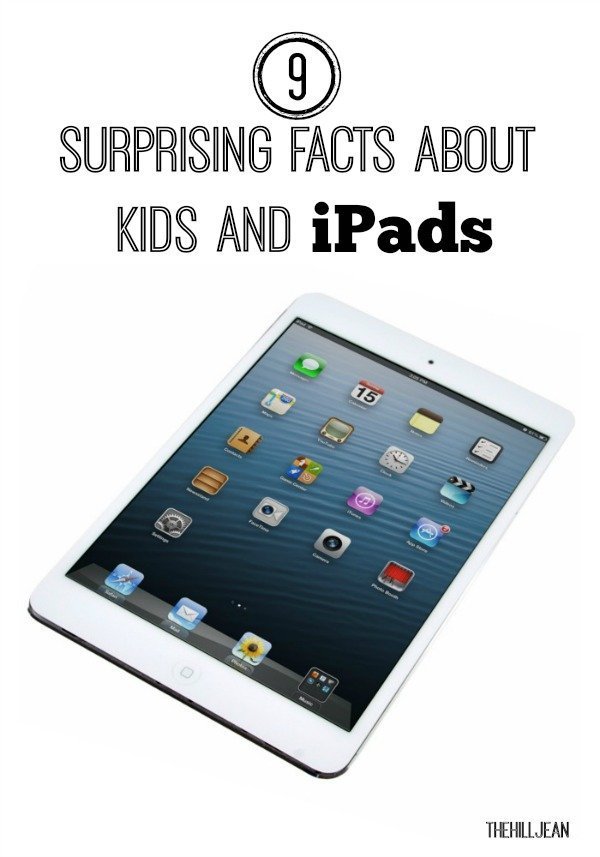 1.) Thirty minutes, while normally considered to be excruciatingly looooong in kid’s minds, somehow becomes the shortestamountoftimeever and ohmygoshmomthatwaslikefiveminutes!

2.) Calories aside, the Apple Store is worse than the candy store.

3.) There is an endless supply of games, apps, and mindless time-sucks to entrap little minds. It’s basically crack.

4.) Kids turn into zombies if left for longer than an hour with the device.  You have to sprinkle them with garlic and pray over them if you don’t want them to “turn.”

5.) Netflix is so much more appealing when watched on an iPad while sitting in front of your TV. Don’t ask me why, I didn’t make up this rule, it just is.

6.) If you try to take the iPad away without a five-minute-warning their pupils dilate like saucers as they shriek, “My precious!”

7.) All other activities, toys, people, and even foods are met with withering, sour faces when presented as alternatives to playing with the iPad.

8.) They prey upon you like predators in the African savannah, waiting for that vulnerable moment where you’ll leave the iPad unattended. They sink their little claws into it and good luck getting it back with all your fingers still intact.

9.) They’ll never get that innocence back. You know, how they were before they played with an iPad?

Now, if you’ll excuse me, I have to go download another game for Chaucer.

One thought on “9 Surprising Facts About Kids And iPads”