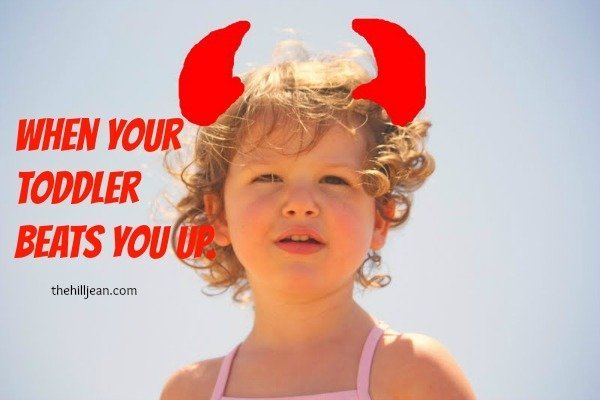 By the two and a half year old that I birthed.

Why is it hard to believe that something so infuriating, so obstinate, so—aggravating…came OUT of me??!

My mom shrugs and says this is what she cursed wished upon me. (And then she cackles)…not really. But I wonder.

My mind can’t help but think that someone stirred a giant spoon over a brimming cauldron and the clouds spit forth this tremendous fiend upon me.

In the form of a darling, curly haired girl. 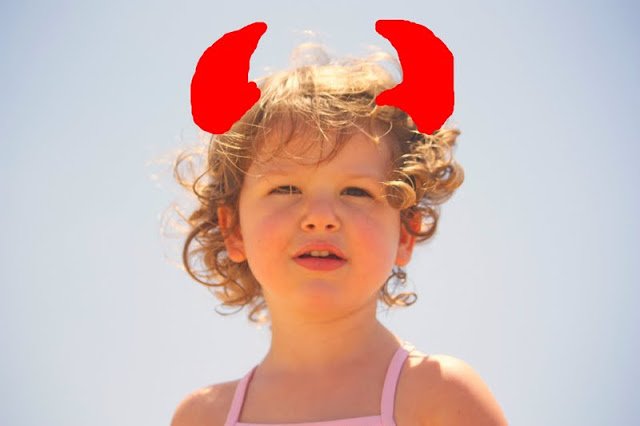 These very “clouds” conspired that I would battle an irreconcilable force, and made a single afternoon IMPOSSIBLE for me!!!

She mouthed “Ssssss” like a serpent, but would not say the word.

She asked to go to bed.

She asked for a pillow.

Alas. That took five and a half freaking hours.

And then she finally said it.

The lightbulb went off. The angels sang. The creepy feet curled up under the house.

And I collapsed. Good thing we’re at the inlaws house or Chaucer would have worn a poopy diaper til morning.

That wiped me out like nothing else. What in the world??! Who gave these munchkins such power to wield over their poor, exhausted parents?

But before you go judging me, know this:

And maybe I was the only one crying, but it happened.

Nothing Gold Can Stay
Hilljean's Fascinating Friday : 7/29/2011
How You Know Your Child Is Sick

17 thoughts on “Toddlers With Strong Wills”