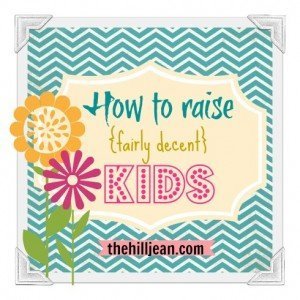 Yesterday my kids were so very insane that if it weren’t for the sense of humor that God endowed each of them with–well, I don’t know where we’d be.

Is it better to have one child?
YesNo
While I was taking a nap and Matt was working on a paper they took it upon themselves to go color their walls with the Magic Markers. Fortunately, they’re washable markers hence the “magic.” The following is taken from my hubby’s Facebook wall:
The day has finally come: Coco and Chaucer have colored all over the walls in their room with colored markers.
Me: “Coco, Chaucer, what did you guys do in here?!?!?”
Coco: “The pens did it themselves. Don’t ya know? They are magic pens.”
Chaucer: “Hehehehehe”
Me: … [smile]
I blame the folks at Crayola.
Anyways, that was just a sliver of the bedlam that was yesterday. Make that last week. It’s super hot over here and every possible form of bad behavior is slipping out from my children. I freak out and worry that I’m raising two wack jobs. But then I remember it’s like a bazillion degrees outside and I’m not acting very nice myself. I’m giving us all a little wiggle room until it cools down. Then I’m gonna go Marine on them and whoop them into shape.
It’s times like these that I wonder how on God’s green earth my parents raised SIX children. There was a period of time where my Mom had three in diapers. THREE. Just thinking of all the wiping makes me wanna curl up in a ball and cry. How did she do it?
If my parents could raise six fairly decent members of society then surely I can raise two. I know they didn’t leave it all to luck. There were rules, regulations and standards for the Hayes Family. I’ve narrowed it down to ten things (mostly because that was what the prompt was Monday Listicles).
Ten Things My Parents Did Right
1. They got every last one of us into church on Sundays.
2. We brushed our teeth before and after breakfast. At least I did. I can’t really speak for my brothers.
3. They taught us to honor the truth. It was a HUGE deal if someone was caught lying.
4. If two of us weren’t getting along they’d lock us in a room together until we were friends again. Fortunately, no one was killed with this method.
5. Despite the fact that there were six children in the house we always had friends over. Wasn’t that nice of them?
6. Reading was a big deal. My Mom would read us chapters each night from books like The Lion, the Witch, and the Wardrobe and Heidi. We’d go to the library and come back with huge stacks of books. To this day, the thing I do for “fun” is read.
7. They raised us with a strong work ethic. I was cleaning the kitchen and cooking dinner by the time I was 7. And I was a good cook.
8. They let us have pets. You’d think with that many children in the house pets would be out of the question. I remember one Christmas they surprised me with an adorable white kitten. I named her Miss Tiger and she was awesome. One day she disappeared. I was convinced that she was eaten by a mountain lion. And my parents let me believe that. Soooo….hmmm.
9. They didn’t live vicariously through our sports or hobbies. You know those crazy soccer moms and football dads? Thank God those weren’t my parents. They would have been sorely disappointed in my ability to play soccer and softball.
10. They taught us about Jesus and showed us what real love looks like.
***Linking up today over at Northwest Mommy for Monday Listicles

What are some things that your parents did right with you? What has stuck with you?

9 thoughts on “How To Raise Fairly Decent Children”