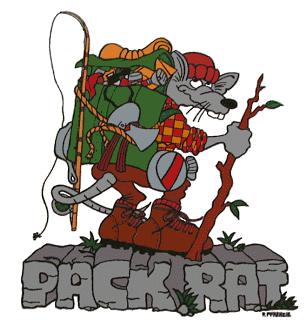 Is it better to have one child?
YesNo
So lately we’ve been broke. Yep. The summer months are tight with my job ending in April….Especially tight when a long-awaited check gets lost in the mail. Grrrr. But thats ok. Wanna know why? Well, turns out I’m a shrewd businesswoman. Or a shrewd packrat, actually. I’ve become addicted to the thrill of Craigslist. Move over, Ebay. I’m all about the quick cash ????
I thought I’d share what I think of as an awkward story with you, and it will either encourage or discourage you from playing in the land of Craig. So, I’ve scoured my house for crap thats decent enough that other people might not think of it as crap. Dysfunctional furniture, lame books, old decorations that I’m bored with, and whatever else I can find. Its a good process to go through since we’ll be moving in July. I look at it as one less trip to the dump or Goodwill plus a little cash. Our neighbors gave us a brand new infant car seat–never before used. We already have an infant car seat, described by me as “gently used” which I put up on Craigslist for $60. Pretty cheap, right? I mean, we paid like $130 for it, used it for a year, but its still nice. Anyways, I started getting questions about it in my email almost as soon as I posted it. (That to me is one of the most thrilling things about Craigslist…I’m weird, huh?)
One lady, to remain unnamed, asked me multiple questions and then finally asked what was the lowest price I would take. I told her $50. Overnight wait, no emails. The next day she emails me again and says she wants to send her sister to come and get it, would I take $45? I thought about the measly $5 and decided it wasn’t a big deal considering we needed toilet paper. Just kidding. Not really. Just kidding we use newspaper. Just kidding no we dont. Just kidding newspaper’s healthier. Just kidding no thats gross. Just kidding just kidding justkiddingggg. Has anyone else watched those Kristin Wiig skits on SNL? Hilarious! And for the record, we don’t use newspaper, but we were in fact low on TP.
Back to the story. So anyways, her sister calls me the next morning and says she wants to come and see it. Well, I had taken everything apart to clean it so that meant I needed to put it all back together. Oh and get the base which was in the back of the Cockroach parked kinda far from our apartment. So Coco and I hiked over to the car, got the base, came back and cleaned it. Then we downloaded the instruction manual (we lost the other one) and started skimming through the ridiculous 65 pages of how to assemble and use the car seat. Seriously? I’ve never had to reassemble a car seat. Or even assemble one for that matter. Lets just say it was not an easy task to pore over the tedious (and mostly unhelpful) instructions while Coco was climbing on my back and my pregnant body was having hot flashes. It was a recipe for a temper tantrum on my part. But I didn’t do it, thank the Lord.
ANYways, got the thing put together and then we waited for her to come. When she finally did arrive, she brought up her mom and they came in and asked me more questions. Then they would turn and talk to each other in Spanish. Why oh why did I goof around in Mrs. Robinson’s Spanish class? It was terribly awkward. And it went on for quite some time, the English to Spanish conversation–by the way, both women could speak English, hence the awkwardness. Finally they asked if I would take $40. There was that stinking five dollar principle. Normally, I cave in these types of scenarios cause I feel so stupid I don’t want the sensation to continue. But I stood firm. “No, I originally asked for $60 so I think $45 is reasonable.” More Spanish. “Ok, we’ll take it.” And then they took the carseat and 65 page instruction manual and left. Yay!
Now, maybe you won’t think thats awkward. But for me, it felt like my living room became a site for heckling. I didn’t like it. I especially didn’t like the not knowing what the heck they were talking about part of it. Whatever. It’s over. I have my $45 and they have a really complicated gently-used car seat. HA!
That was my first awkward Craigslist story. I hope to have many more. Anyone else out there been in weird Craigslist scenarios? Or garage sales? Fun stuff. All that to say, enjoy cleaning out your closets and pretending you’re a vendor in TJ. Its quite the thrill!