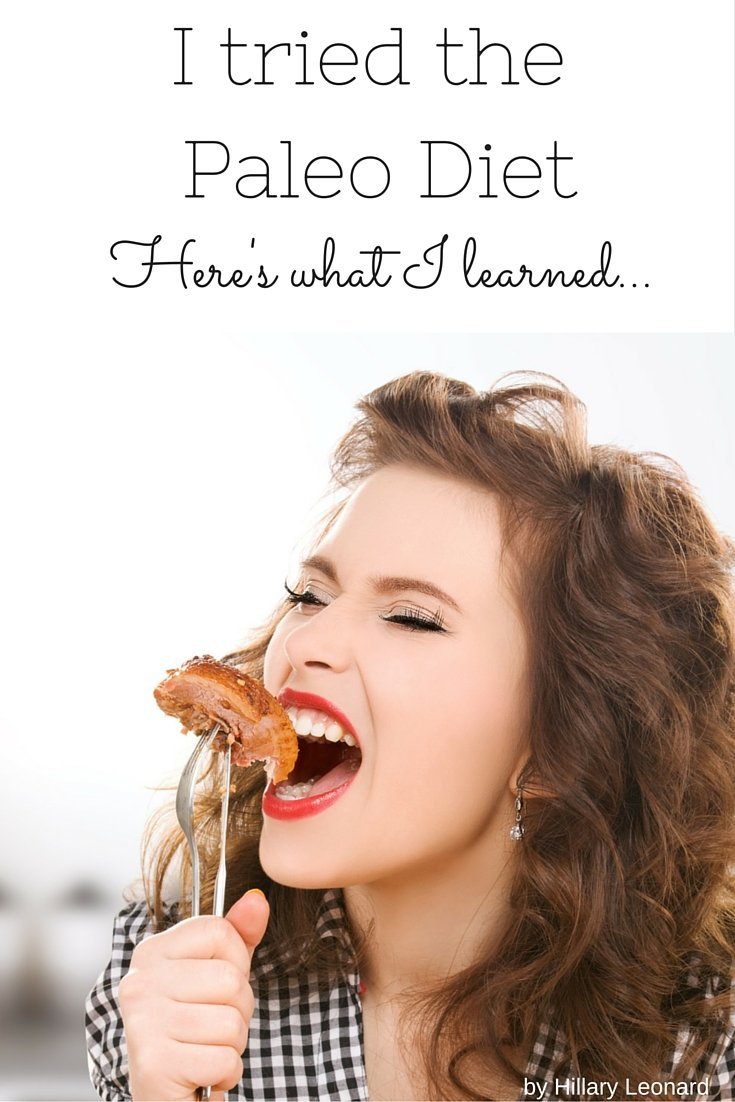 Alright. There’s something that needs to be said. I never spoke of it because for one, I quit. And secondly, I got pregnant and it seemed pointless. How cryptic is that, right?

I tried the Paleo diet. For two weeks.

That’s right. Paleo. Two weeks. I could easily say that I “failed” at it, but I’d rather go with, “I learned so much from eating like a caveman.”

And that’s what I’m going to talk about today.

Paleo is all the rage. If you haven’t run into a Paleo yet, it’s because you’re not eating enough bacon.

I promise you, someone you know is Paleo. Now, don’t misunderstand this word. At first I thought Paleo was a movement against tanning beds.

No, no, no. Paleo is the short form of “Paleolithic.”

And yes, apparently they had a diet. A very healthy one, I might add. Somehow, the folks who missed the memo about the wheel came up with  the perfect diet for maintaining optimal health. I made fun of it for a while, but eventually the “feeling-fat” thing got the best of me and I devoted myself full force. If you can call two weeks full force.

In a nutshell (oh, how appropriate), Paleo is this:

Any meat *that is organic*

Any vegetable *that is organic*

No dairy *not even organic*

Eggs *Ok, that’s kind of dairy, but it has to be organic*

All nuts *except peanuts, because they are technically legumes* *yes, organic*

No sugar *honey is ok, but only the amount you could procure while being chased by a swarm of bees. Think a ‘teaspoon’ with consequences.*

No grains *not even gluten free*

So there you have it. A bunch of organic stuff, but not really any fun organic stuff. “Pure” cane sugar is just a naughty cop-out, don’t try it. And don’t you even think about having some quinoa. You think cavemen ate quinoa??! Heck no! They only ate ingredients they could pronounce.

Yes, this is the diet that I tried. And you know something? I actually enjoyed a lot of it because—bacon! Now, even though I only spent about two weeks as a Paleo I like to think that I’m an expert. 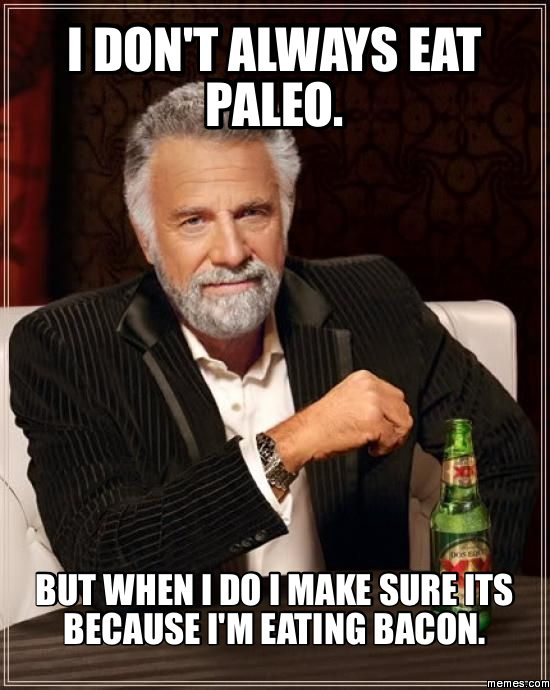 I am not against anyone who actually does the paleo diet. I put myself through it, and like I said, there were some things I really liked. Have I already mentioned bacon? Oh, and homemade mayonnaise. Yum! Also, people devoted to the paleo lifestyle look dang good. That’s why I tried it!

But I’m someone who observes other people, and I really like to write about what I see.

So here are my observations on paleo people (because I was one of them for two weeks). I just thought I’d share.

2.) Paleo people use terms like “primal,” “whole,” “cleansing,” and “hunter-gatherer.” As far as I can see, the hunting and gathering is done at Whole Foods. Squirrels and pigeons can rest assured that they won’t be added into our diet any time soon. Unless grass-fed beef skyrockets even higher, that is. 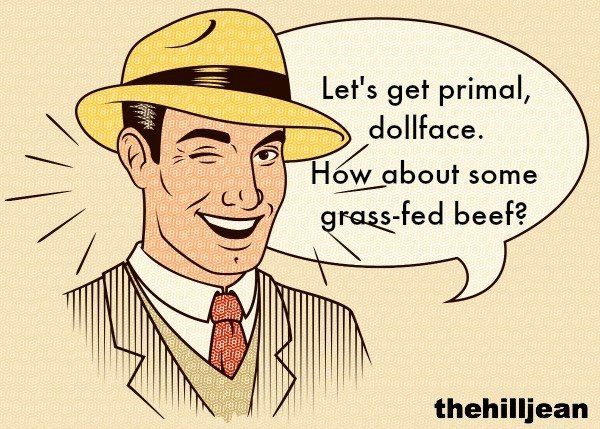 3.) Paleo people post pictures of their every meal. And they really do look yummy, if not a little pretentious.

4.) Paleo people know tons of other paleo people. It’s sort of like the cool kids club. Coincidentally, only the strong survive (it’s all very Darwinian, I tell you).

5.) Paleo people are the same as the Crossfit people. You can almost use the terms synonymously. My theory is that it goes back to the hunting and gathering.

The whole competition of scoring dinner is removed when everyone shops at Whole Foods. Instead of fighting over a wooly mammoth, paleos must don Under Armor or Lululemon, respectively, to compete in the arena of a gym. Here they can grunt, sprint, and squat around like their primordial predecessors. I bet cavemen had killer glutes.

So…are you paleo? Do you want to be?

Why did I even bring this up? Well, I actually found some awesome recipes while eating paleo. Paleo taught me some key ways to make my food taste better.

Isn’t that hilarious? And the other day, while I was whipping up my homemade horseradish, I desperately fought the urge to Instagram it in its respective mason jar #paleo.

Now that I’ve come clean I can do it ironically, and still enjoy the delicious flavor of horseradish from scratch. And I’d love to share it with you! {It’s coming–sometime soon, so hold onto that prime rib.}

I’ll probably try to implement some of the paleo concepts into a weight-loss plan after I have my baby. I just cannot be paleo right now because–In n Out. I have to follow my primal urges and eat at the water hole of my species.

How To Wear A Crop Top
The Cold Sore That Almost Ruined Everything
Wordful Wednesday: The Most Interesting Gourd In The World

17 thoughts on “I Tried the Paleo Diet”