I had a baby two weeks ago. An amazing, sweet, delicious baby boy. If you follow me on Instagram you’ll see for yourself that he is just the absolute, most perfect newborn ever.

I had things planned ahead. Like, I would blog my birth story, and throw up some funny labor/delivery posts. Maybe even have a whining list of what its like to wake up with a newborn. I might still write those posts.

But the only difference is, his birth just really made its mark on me. As a person. As a mom. As a child of God.

So I’ll still give you the birth story, but theres so much more to tell than just how he got here. Ok ok. I’m being vague and weird.

Let’s just start with part one: 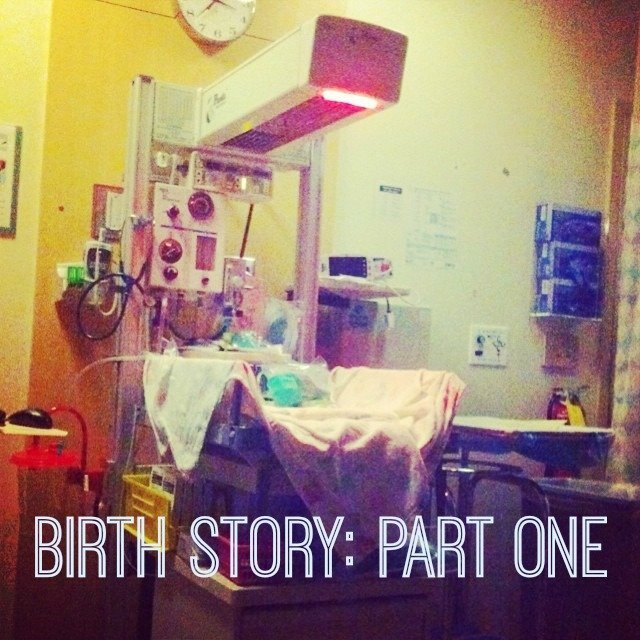 He came three days late. I went into labor on a Sunday afternoon and very wisely avoided eating the navy bean soup that was on the menu for dinner. The grandparents came and picked up the kids around 7 pm, and Matt and I arrived at Labor and Delivery all chipper and optimistic.

“I’m in labor!” I announced to the registration nurse, as eager as a 1st grader announcing a lost tooth.

I was convinced that I had arrived early enough to avoid the terror train of fast labor. Early enough for an epidural! Heck. Nothing even hurt yet!

My doctor was on call in the ER but he came up to examine me. With consistent contractions seven minutes apart, I was sure this was the real deal. He checked me, and alas! I had made zero progress since my appointment the week prior.

Dr. Su was just as disappointed as I–well, not quite, but he did his best to empathize. 1 centimeter dilated, 50% effaced. He scheduled an induction for Friday and told me that I was experiencing my third round of false labor.

To my utter indignation, contractions continued to come–now five minutes apart. Like salt on a wound they reminded me that “Oh hey, you have the dumbest luck ever and guess what? This isn’t real!!!”

I drank a gallon of water and took a bath. I decided that I wasn’t really carrying a baby inside of me. No. This was a tumor that would grow like a mammoth and eventually kill me. There was no light at the end of the tunnel. No baby awaiting my arms.

I sniveled and sulked, accompanied by the world’s tiniest violin.

To cut to the chase, contractions spiraled into a lovely little pattern of three minutes apart–and they HURT. But still, I didn’t want to go to the hospital and be sent home again. That whole “Little boy who cried wolf” kept ricocheting inside of my tumultuous head.

Finally, Matt had quite enough of my theatrics as a martyr.

He called Labor and Delivery and they said to bring me on in. When I arrived, the reception nurse remarked, “Well you look different! Yep. This is the real deal now.”

When they checked me the old plumbing confirmed that things were definitely moving. 3 centimeters. 100% effaced.

Lucky me, I was the only mama in labor. After about two hours I got my epidural. The nurse kept wanting to check me but I kept my legs glued shut. The last thing I wanted was for it to be like Chaucer’s birth. Nope. The epidural was a must.

When the epidural kicked in I laughed with absolute glee.

Tomorrow I’ll sing more praises for the epidural and tell you the rest of the story. It’s quite riveting, I promise.

Potty training with pull-ups
Trained: 100%
5 Tips For Taking Your Child To The Ballet

5 thoughts on “The Birth Story: Part One”