**I love my cat, but she’s kind of been a stinker since we brought a baby home. That’s why I was thrilled at the opportunity to try out Fancy Feast® Broths as a part of this sponsored post program.

So I finally finished my birth story and I promised to get back into blogging. You know–back to the old routine where I share funny stories and such. There is so much to update!

Life has changed in so many ways: We have a newborn. We have a kindergartener. We have a middle child. We have a jaded and angry cat.

Yes, I’m going to talk about our cat today. I realize this might be a strange way to transition after all the drama and miracles and baby goop, but, well I kind of have cat issues.

Our first cat was named Little. She was our first “kid” in a way. Matt and I got her when we were newlyweds. She was a special cat. She went on road trips with us and even had her own stocking at Christmas.

And then, one day Little had enough. She clawed a giant hole into our sliding screen door and bolted. And that was the last we ever saw of our Little.

We were devastated. We searched and waited, hoped and searched some more. But Little was gone.

Fast forward five years and we got another cat. Coco promptly dubbed her Little the Second. 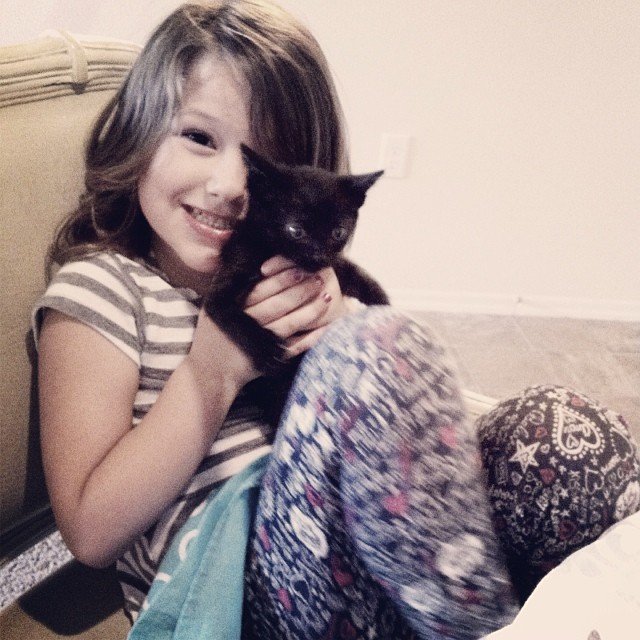 And for a good eight months, Little enjoyed being the baby of the family. She acted in every way like the spoiled darling we allowed her to be. But the clock was ticking for Little.

Now, if I had to pick a word to describe Little the Second it would be “self-centered.” Ok, so two words. She does not think of herself as a cat, or even an animal. No, she views herself in every respect as our equal. Maybe even our superior.

Anything we bring into our house belongs to Little. Whether it’s groceries, a suitcase, or even a Christmas tree–Little believes these items to belong to her. Naturally, when we began to set up for our baby–our human baby–Little again assumed that we were giving these items to her.

The carseat, crib, changing table, diaper bag, and even the Diaper Genie were taken over by our self-centered little feline. I knew that when we actually brought the baby home she would have issues, and I really feared that she would freak out like the first Little. As annoying as this cat is, we love her and don’t want her plotting the Great Escape any time soon.

We decided to spoil her a little bit to offset her rage. After all, the hissing that ensued every time we removed her from the crib was worrisome to say the least. 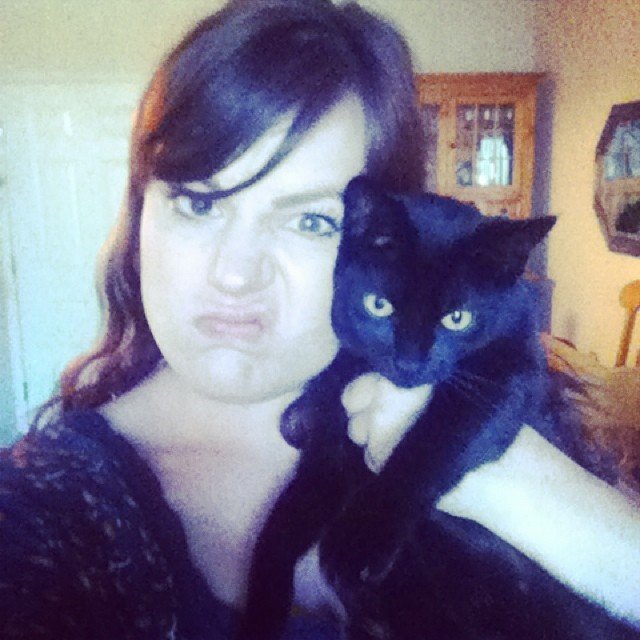 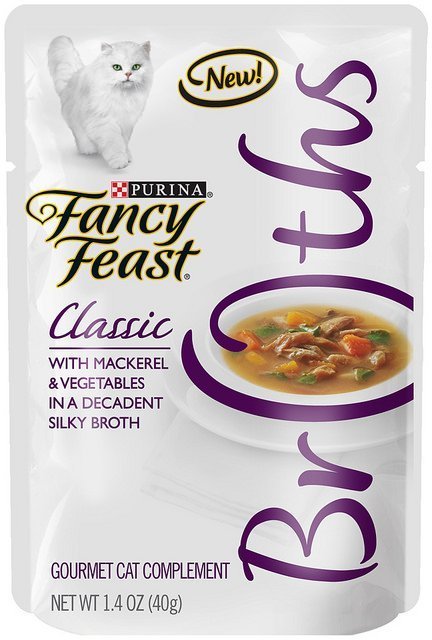 These broths contain real seafood and vegetables, and come in both Creamy and Classic Silky varieties. Your cat will be duped into thinking they’re eating human food, when they’re actually eating cat food! So great, right?

Little gobbles her Fancy Feast® Broth up and has finally given up on sleeping in the crib, carseat, stroller, and changing table. Thank heavens. She’s not too thrilled with this new creature in the house, but as long as we keep her fed and let her hunt all the spiders in the house she’s pretty happy.

This is a sponsored post written by me on behalf Fancy Feast®.