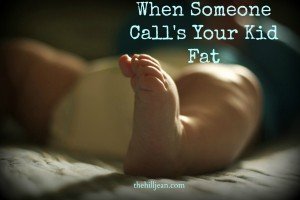 You punch them in the face.

You find their longest nose hair and yank it.

You hire a gangsta to fill-in-the-blank.

Or you laugh it off.

And then blog about it.

Now I have your attention, don’t I?

So the other day I took Chauceman to the doctor for his 4 month checkup. The boy is a stud: weighs 17 pounds and is 25 1/2 inches long. While this is a beastly weight, his doctor told me it’s fine considering his birth weight and that he’s not overweight at all.

I just make milk for champions is all.

He rolls over both ways, holds his head up like a pro, and will be able to sit up by himself in no time. My only concern (besides excessive spit-up) with him is um, in his um, nether region.

He was circumcised at like 2 weeks and I’ve been concerned because it doesn’t look circumcised at all. So I asked his pediatrician, who I love by the way, and she said she’d bring in another doctor who does lots of procedures to give his opinion.

So he takes a look, pushes around a bit, and then gives his diagnosis:

Here I just laughed. I mean, I agree that he’s chubby and I think its adorable. In fact, I’ve called him fat before. But I say it in love.

“Yah, I see this all the time on big fat guys. You know, when you’re real fat…” and then it got more awkward as he explained the anatomy of obese men.

By the way, what business does a pediatrician have looking at obese male genitalia? Is that a hobby of his or something?

“He’ll probably just be a fatty ’til he’s like 3 and then he’ll look normal.”

And then, after he looked me in the eyes and talked a little more than was necessary about male parts and accessories, he left.

After he left, my sweet doctor (who is like 7 months pregnant with her second child) told me that her two year old son had the same problem, but she wanted me to be assured by another doctor. Thanks for that, but maybe next time you should pick a different guy to uh, “reassure” me.

Now, in case you’re wondering if you’ve ever offended me, or other moms, know this:

You may use the words “fat,” “chubby,” and “cherubic” all in the same tone of voice with me and I’ll be fine as long as it’s said endearingly. 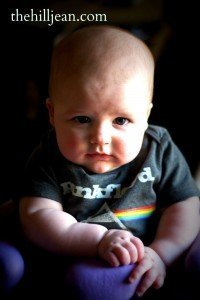 And especially his juicy thighs.

But if you want to lump all this deliciousness in with the large percentage of obese America, I have a problem. 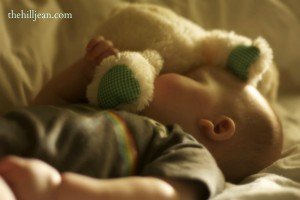 Call my kid “fatso” and I’ll rip you a new one. Got it?And don’t ever look me in the eyes and say “penis.” It’s just too awkward for words.

12 thoughts on “When Someone Calls Your Kid Fat…”