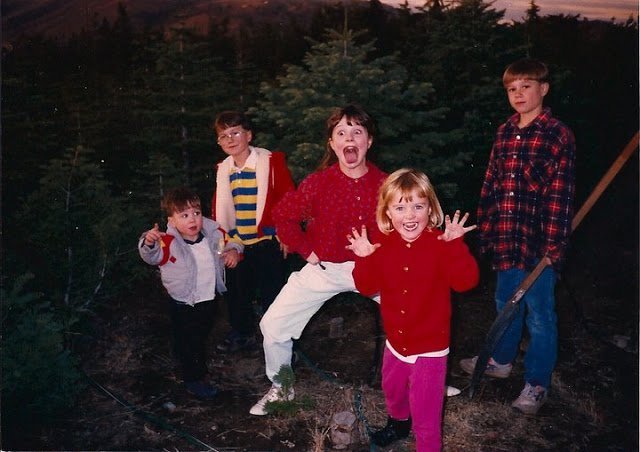 I am the middle child. The oldest girl. Sandwiched between two older brothers, two younger brothers–and one sister. Six of us in all, but I held the privileged position. Because even though I had two brothers older than me, I was definitely the one in charge.

I never really had reason to be jealous of my little sister. Oh, she was definitely a cuter little girl that I. But I’m six years older than her–it wasn’t like I wanted her toys or anything. Yes, while I was beginning the awkward stage that lasted from ages 12 to 19, she got to be an adorable little girl and preteen. So I guess you could say that sucked, but she was a sweetheart and I just wasn’t jealous of her.

While there was no jealousy she did get on my nerves. There were those years as a teenager when I had to share a room with her. She always popped in when I was having my friends over and would say “I’m getting something.” She’d hide in the closet or bathroom hoping that we forgot about her. Sometimes we did. Then I’d open the door and find her scrawny little self peeking over her shoulder at me. “I was GETTING something!” she would insist. “Get OUT!” I’d yell.

I took full advantage of our age gap. I kept her and her little friends up at night with tales of Merlis, a bald midget with a scabby scalp. I believe he also had long, curling yellow fingernails, goopy green eyes, and fanged teeth. The details are a little fuzzy.

Merlis would come out of the closet at night and hunt little blond girls. As a brunette I was safe and had the power to keep him away if I wanted to. Now this next detail is rather awkward, but I must be honest and say that I don’t think I had anything perverted in mind, but it sounds that way regardless. I asked my sister last night what it was that Merlis came to do and she said all she remembers is that he looked for little blond girls, stripped them naked, and tied them up so that their butts would get sunburned and blister. I know, I know. I was horrid. I was also like twelve years old and had an extremely gullible blond sister with two blond friends that were always around.

I give myself the creeps sometimes.

There are other things that I did as an older sister. Things like getting her drunk off of Grandma’s cooking alcohol, making her eat bizarre concoctions of food (think fish bait and mayonnaise), and my favorite activity to play with her was “maid.” She was the maid.

Ok, so I gave my sis a hard time. Some would say a really hard time. But we’re buds and it’s all good in the hood. Though if you get her started on the sister harassment tangent she’ll gladly skip down memory lane and share even worse material than what I’ve already confessed.

The tables have turned now and she has the upper hand. She’s young, beautiful, and free as a bird. If I could be anyone in my family for a day, I would be her.

Here’s why my sister is awesome and I would love to be her:

1. She’s tall, tan, blonde, and has blue eyes. Everything I am not. Short, pale, brown and brown. That’s me.

2. Interesting things are always happening to her. I kid you not, the girl has more stories than Mark Twain! If I had her life this blog would be so much more interesting. This one time, she and her friend dressed up like guys to go and spy on their roommate on a date. They wanted to make sure the guy was  acceptable for their dear friend. They pulled it off, that is what’s so amazing. They looked like creeper guys, but they pulled it off.

3. She does cool things like ride her bike to work every day. She goes on night hikes with a group of friends. She boogie boards in the ocean. She runs half marathons (I’ll admit, it would sound cooler if it was just “marathons” but not everyone’s perfect). She rollerblades. She plays volleyball on the beach. I know, I know. Ridiculous, isn’t it? 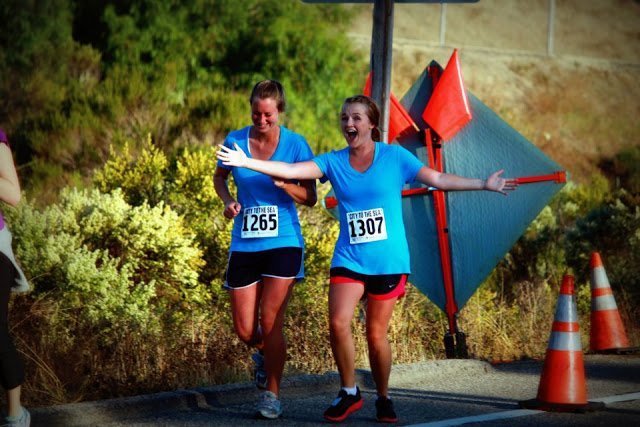 6. She’s wild and free. She’s not married yet. She has no children. The world is her oyster and I’m thrilled to watch her take it.

7. She is confident and comfortable in her own skin. 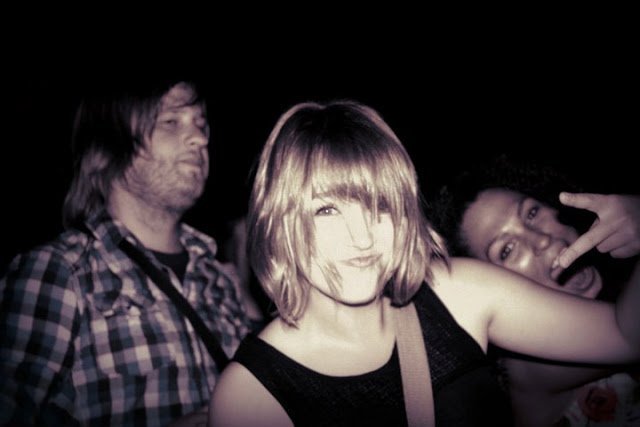 8. She has an adorable fashion sense that I cannot begin to understand or replicate. What would look ridiculous and frumpy on me looks sporty and exciting on her.

For instance, while she shares with me a dislike for crop tops and tribal prints she has an entirely different way of dealing with it. Last month she bought a pack of mens small v-neck white tees and said it was her summer wardrobe. She wears them with cutoffs and sometimes a pair of boots. I kid you not, she looks great in them. I tried to copy her one day and it wasn’t quite the same. I think you have to be tan to pull it off.

9. She has awesome friends. I have awesome friends too, but I am always jealous of the fun lifestyle she has by living in a house full of girls. Girl talks all the time, an abundance of clothes and makeup to borrow, synchronized cycles. Wait, that’s not so good, but everything else is pretty darn fun.

I love my little sis with a fierce love. While I might tease and torment her, I allow no one else to do the same. There have been those rascally boys in her life that I’ve dealt with. I am none too kind to the misters that try and steal her heart. I mean, I would be kind if he were the right one. But whoever the lucky fellow may be, he’ll have to fight through four brothers and me, the great big sis.

*This post was inspired by one of Mama Kat’s Weekly Writer’s Workshop prompts. Head over there for some great writing and inspiration!

Who Gives A Rat's "Tail" About Cupcakes?
Rad Dads: What I've Learned From The Dads In My Life
Catchup

18 thoughts on “How To Be An Awesome Sister”