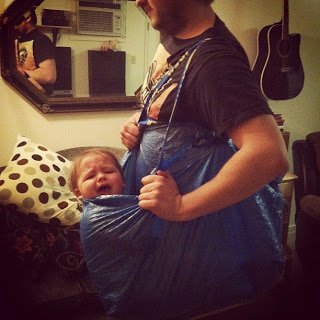 The other day we were flipping through channels and happened upon a Jersey-oriented reality show. I don’t know what they call it these days as there are now so many spinoffs revolving around Snooki, The Situation, and a host of other tan, blinged-out, obnoxious individuals from Jersey. This particular one featured a pregnant Snooki looking sideways at a computer screen, viewing her not-yet-Jersified baby in utero.

That’s right. She’s preggers! I know this is relatively old news, and I had already heard it, but something about seeing this notorious reality star with ultrasound goop on her belly jarred me out of my channel-flipping reverie. Wait, she’s really having a baby? She’s going to be a MOM? Like me?
Holy smokes.
What kind of parenting books will Snooki read? How is this going to affect her party lifestyle? How will she maintain her tan?
We all know that this is reality show gold right here. No matter what your stance on reality TV, aren’t you just a  tad curious to see how Snooki handles pregnancy and then parenthood? To see this colossal rule-breaker forced into nine months of regulation is just so gloriously juicy. And frightening, too, I guess. Because at the end of the day, it’s not just Snooki we’re watching but a baby that’s growing and getting ready to enter the world. Yikes.
I don’t care where you fall on the spectrum of “by the book” living, whether you’re a Michelle Dugger or a Snooki, as soon as those two pink lines formulate on a pee-stick you know that you’re gonna have to follow some rules. 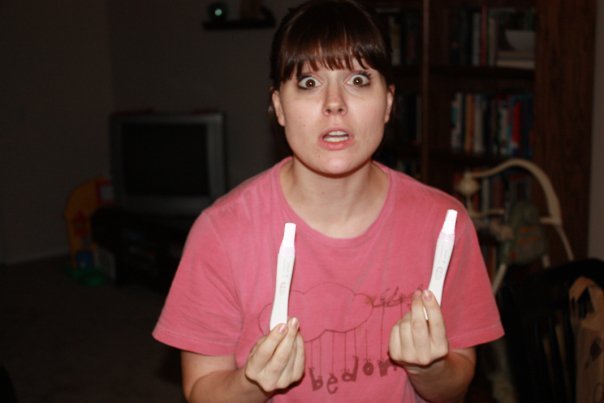 Like it or not, there are certain things your body and baby will and will not allow you to do. I’m talking essentials. Like peeing and eating and throwing up. You know, the important stuff.

I don’t really foresee Snooki getting all worked up over cloth diapers or self-soothing. Maybe? I did see one episode of Keeping Up With The Kardashians where Kourtney was obsessed with couponing. At the time I was actually into couponing, so imagine my horror when I saw that a TV star, a Kardashian, mind you, was freakishly clipping and filing and hoarding things like toilet paper and toothpaste. Surely one of their assistants takes care of such things as toilet paper, right? Do the Kardashians even need toilet paper?
I don’t know where I’m going with that, other than revealing way too much of my shameful knowledge about reality TV… Oh wait, I DO remember. Maybe, just maybe, Snooki will get obsessed with something like making her own baby food or teaching her six month old to read. Wouldn’t that be hilarious? Because that’s what we moms do. As our bellies and boobs grow, so do our worries and concerns. 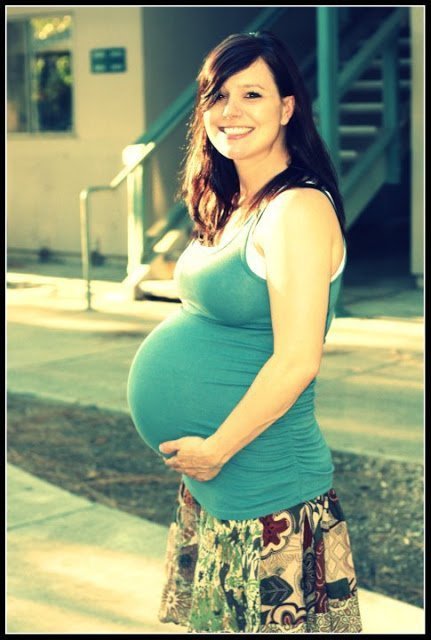 My mama-in-law laughingly tells me of how she and my dad-in-law would use three washcloths each time they changed my husband’s diaper as an infant. One to lay him on, one to wipe, and one to dry. [My husband’s diaper. Weird thing I have never said before. Huh.] She said they were just so worried that he would be “irritated” or hurt by anything less than a clean, warm, bleached washcloth.
It was important. And you know what? In my short (almost four) years as a mom I can already laugh at a score of seemingly important rules that I prodigiously followed before I figured out that my kids would be just fine without them.

And while it might not relate to Snooki in the least, I’m going to share some of those things with you right here. Because maybe you’re a new mom, an old mom, or wanting to be a mom. You’ll get this.

Is it better to have one child?
YesNo
1. I got an epidural and then I didn’t get an epidural. So I broke some people’s rule the first time, and then broke my own rule the second time. Lesson learned: always. get. the. epidural. 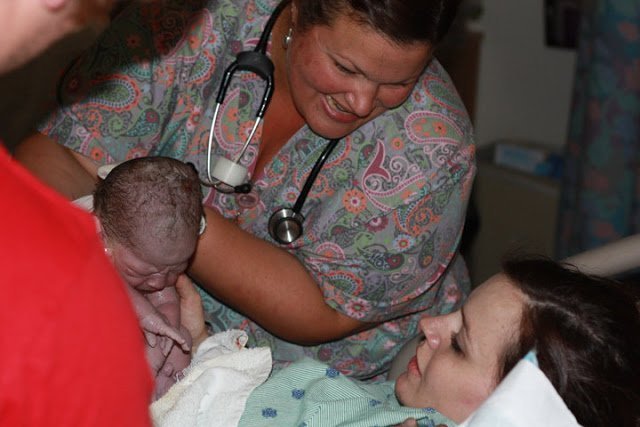 2. I breastfed and I bottle fed Coco. Simultaneously. Oh snap! Some might say that’s living on the edge. And then with Chaucer I exclusively breastfed for six months and switched to formula cold turkey. I had to, you see, because I had two hand surgeries back to back and couldn’t hold him to nurse. I felt a lot of guilt over that, but you know what? He’s fine and I’m fine.

3. I failed at baby sign language. I tried and tried my darndest to get Coco to sign the freaking “please” and “more” and “thank you.” The little turd just wouldn’t do it, and I realize now that I probably went about it all wrong. I skipped it altogether with Chaucer and guess what? He’s fine. In fact, he’s been talking in full sentences for months now and he’s not even two. Take that, baby signing. 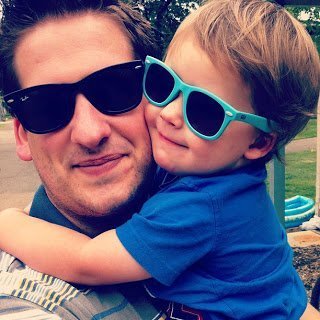 4. I royally screwed up “scheduling” my children. I tried but it turns out I’m really not that much of a hard ass. This is probably why I had such chubby babies–they ate when they wanted to and they thoroughly enjoyed it. 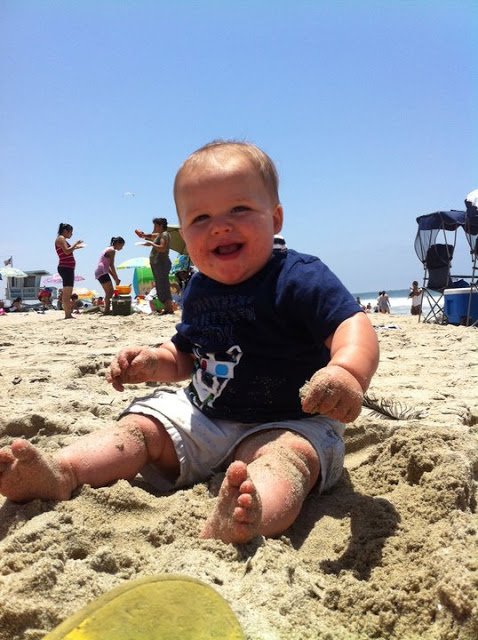 5. I co-slept and then I didn’t co-sleep. Coco enjoyed sleeping between us for pretty much her first year of life. To this day she wanders into our bedroom between the hours of 3 am and 6 am and shoves Matt and I to either side of the bed while she enjoys the perfect amount of “middle” ground. And you know what? I’m always too tired to care. I figure it will resolve itself eventually. Or I’ll just buy myself another bed. 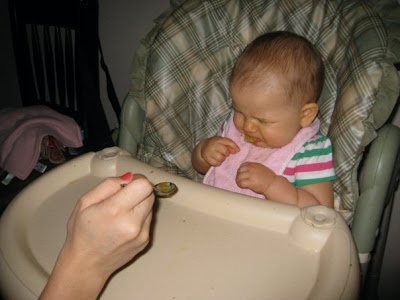 7. I bought my child some Crocs. This was my own personal rule that I broke. 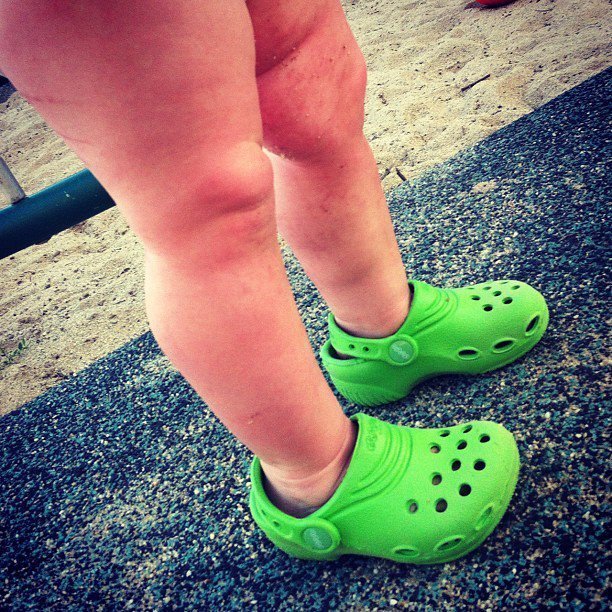 8. I had *gasp* caffeine during pregnancy and breastfeeding. With Coco I gave it up for the first trimester and slowly incorporated it back in. With Chaucer, I didn’t even try to give it up. I was a student, a teacher, the mother of a toddler. Ain’t no way I was giving that up. Guess what? I had perfectly sized babies and  neither one of them had trouble sleeping. 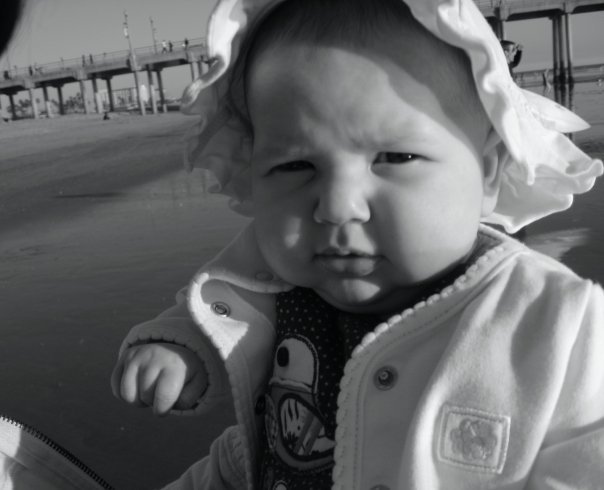 9. I’ve never used a cloth diaper. And this is no rule of mine anyways, but I thought I’d just throw that out there. 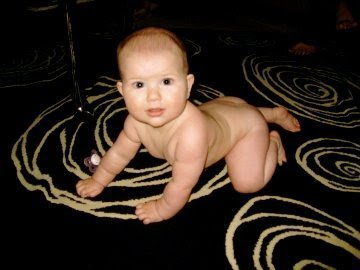 10. I’ve used regular shampoo on them. Sometimes they just sleep in oversized teeshirts. They’ve had sips of soda. Sometimes they eat candy. I let them watch Disney channel and play with my iPhone. They say “butt” and “fart” and laugh at both words. They rock out to Modest Mouse, The Killers, and Florence and the Machine. They eat dirt but not their boogers (yet). Sometimes they stay up really late to visit with family. They don’t always take their naps. Sometimes I pick up their toys just so we don’t have to sing the “Clean Up” song. I’ll let them fight it out from to time. They’re dirty more than they’re clean…

The list goes on and on and on. I’ve broken many of my own rules as a parent. Ultimately, I’ve had to let go of control more times than not. I pray a lot and hope to God that I am doing my job right, but I screw up a lot too. I shudder to think about rules applied to my future teenagers. That’s a ball game I just don’t even want to play, but I suppose it’s unavoidable. 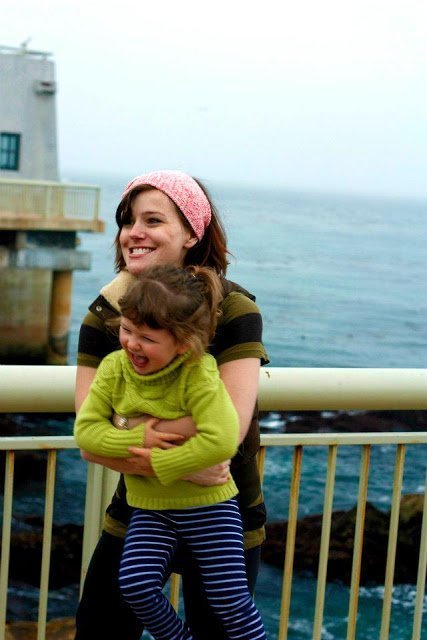 Snooki, good luck to you. You’ve certainly had your share of rule breaking. Who am I to say whether you’ll be a good mom or not? Apparently I’m quite the rule breaker myself.

What about you? What rules have you made for yourself and then broken? Do you still feel guilty for it?

Dear Chuck
Brag Fest and A Convo With Coco
Wordful Wednesday: A Lot of Crap. Literally.

10 thoughts on “Breaking My Own Rules”