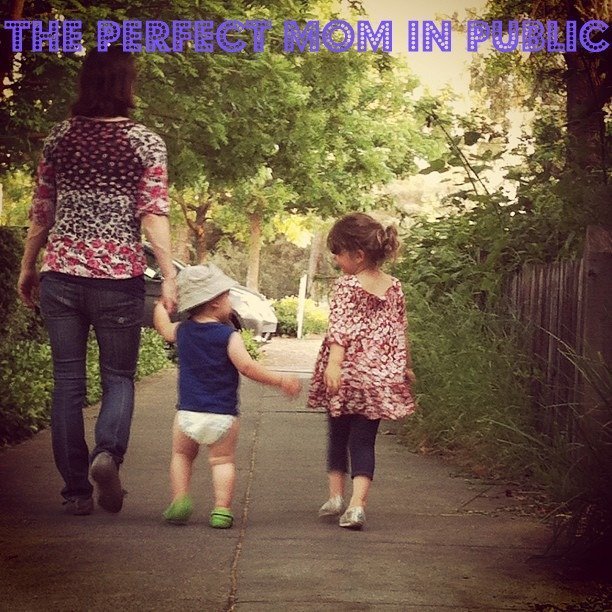 She’s lives across the street from you. She’s a member of the PTA. You sit behind her in church every Sunday and tack her Christmas card on your fridge every year. You love to hate her. You love to plot her demise. Someday, it’s all gonna fall apart, she’ll see. Someday, one of those perfectly coiffed kids is gonna make a royal mess of her perfectly proper facade.
Those are the mean thoughts you think in your head.

Because, gosh dangit, she’s annoying as heck. She’s got it all together and her kids are somehow going along with it. They. Obey. Her. No–that’s not it. She just has easy kids…for now. Wait until she gets her turn. Muahahahaha! Why does she have to make the rest of us look and feel so bad? I thought that pushing a baby out meant you’re part of a special club. A club where we talk about centimeters and nod or writhe in sympathetic pain. A club where you can whip a stretch-marked boob out without shame. A club where you can say, “I really don’t like my kids today” without judgement.

But she’s changed the organization on us all. Suddenly, there’s a new charter and we imperfect ones must hop to. Shape up or ship out, is what we feel. But no matter what we try, we’ll never measure up with these pesky kids around.
We’ve all been there, right? Found ourself sitting next to THAT mom. Realized that we didn’t put makeup on today and that our children are still wearing some of their breakfast in their hair. Or is that last night’s dinner?
No, I’m not saying I want to hang out with a bunch of failing moms or out-of-control children just so I can feel better about myself. That’s not it at all. In fact, that sounds like a nightmare.

But I just don’t need the added stress of Miss Perfect and her holier-than-thou attitude. I’m sure you agree.

Now it’s time for my confession: I got to be THAT mom in public! Guys, it’s so fun. I’m serious, talk about a power trip! I totally get what all those ladies are high on.
In a word, it’s pride. But in another word, for me, it’s fake pride. False. Assumed. Pretended. It’s make believe, but it is fun. You see, it’s not that they’re the perfect mom or have solved the age-old question of how to keep their kid from acting like a kid. No, it’s that they’re in the right place, at the right time, with the right child.

The other day I was in Barnes and Noble with the two chillens. Coco is at the age where she’s pretty good as long as she’s fed, doesn’t need the bathroom, and hasn’t feltched half my morning coffee. Chaucer, on the other hand, is a mad man. He’s like a wind-up tasmanian devil with twelve arms. Sigh. This kid is the love of my life, but he is more than a handful.
So at Barnes and Noble he was doing what he does best–wreaking havoc. We were standing in line and Coco was whining while Chaucer was just pulling item after item off the displays, never standing still for a second I could tell everyone within earshot of us (and I suppose that’d be the whole store) wanted us gone. I shouted “No” in my firmest mom voice and since I had all eyes on me, Chaucer picked that to be the moment of ultimate defiance.

He chucked a book at me. It soared past the dissembled displays, past the line of people waiting to see what I’d do next, and right past the nose of a disgusted B&N employee, and smack me in the stomach. The kid has a good arm.

It was the moment of truth but so staged that it felt false. I swooped down and grabbed my rascally varmit and marched him straight to a corner. A corner that was more like a stage constructed out of two displays: Godiva chocolates and ridiculously over-priced greeting cards. It was the ultimate test for any mom. What in the world was she doing placing her wild child right by a bunch of chocolate, and in full view of everyone else??

I could feel their eyes boring into my back as I said in a loud and stern voice (mostly for the benefit of the obnoxious employee who was rolling his eyes at this very second), “Chaucer Eliot Leonard! You will sit here with nice hands and not move!”

While the lookie loos gazed on in dismay I smiled a smug THAT mom smile. I knew I had the right kid in the right place at the right time. You see, for now, Chaucer is actually a really easy kid. Sure, he’s rambunctious as heck and will give you about five grey hairs per day, but he is obedient. He will sit in time-out and fold his hands together to show you “nice hands.” Like a puppy that’s learned to sit. 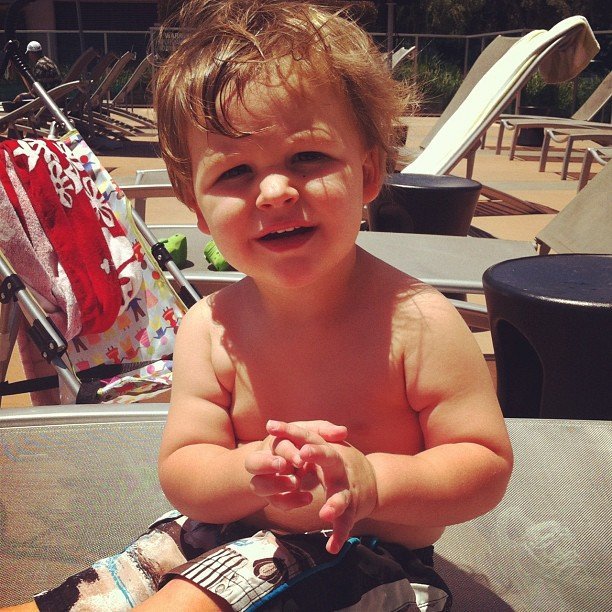 “You may tell me sorry now.”

He stood up and with puppy eyes aglow said, “Forry.” And then he kissed me.

And then before the episode could repeat itself (which it surely would) we fled the store with haste.

7 thoughts on “The Perfect Mom In Public”