Kids make you do strange things.

They make you cut hot-dogs into teeny-tiny, non-chokable pieces.

They make you download that app that you would NEVER even think about if you didn’t have kids.

They make you c0me up with craft ideas that will simultaneously educate and preserve their little minds.

They make you scour ebay for lost toys. And create elaborate histories as to why such toys were lost.

They make you resurrect an old, ridiculous, and utterly failed movies and replicate them for their enjoyment.

So…somehow, my kids stumbled upon this Disney fail: Sharkboy and Lava Girl. I curse the day this film came into being.

In fact, once upon a time he was SharkBoy. Spikey hair, goofy costume, big teeth–yep, even the glamorous Taylor Lautner had a little awkward stage. 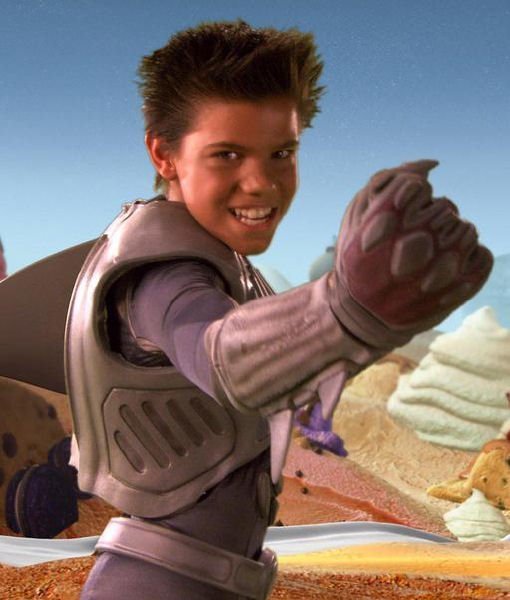 And that, my friends, is who my child wants to be.

Chaucer is obsessed with all things superhero. We have kids versions of comics. His entire wardrobe is comprised of Marvel characters. He believes that one day he will be Batman.

So why, why in the freakin frack does he want to be Sharkboy for Halloween??

Not even “want,” no, this kid HAS to be SharkBoy.

So here I am. Scouring the Internet for images of goofy Taylor Lautner. Apparently, there was once a  costume available. It probably cost $49.95 just like all the other Disney merchandise.

Now are you ready for the kicker? I’m actually looking over “DEALS” on ebay to purchase a Happy Meal Toy from 2005. 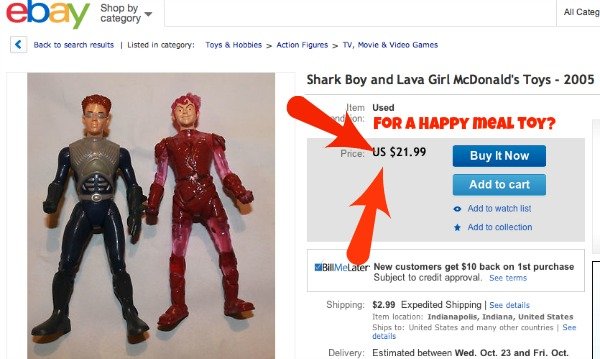 Yes. So, most likely one of Chaucer’s stocking stuffers will be a Happy Meal toy scored from ebay for about $22.

This is what parents do, right?

We dig into crevices we didn’t know were there. We search and scrape. We try SO HARD to give them what makes them happy.

Even if it’s just for a brief stage. A fleeting moment.

This three year old dream to be Shark Boy, a failed Disney character, will be realized.

Under my watch, every dream will be realized. 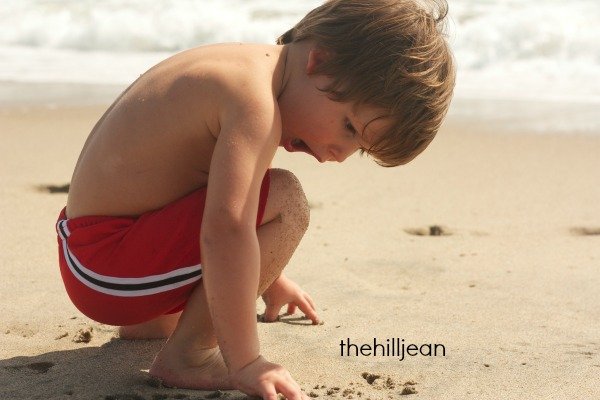