Last week I promised you a series of posts that would show up here on Mondays. This week, I am a day late. No one was really knocking on my door or anything, so I assume we’re all ok with my “tardiness.” 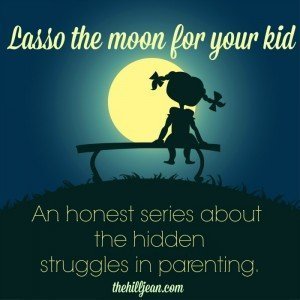 Ok, so back to the series. Today we’re going to talk about dealing with separation anxiety in young children. Last fall when I wrote about withdrawing Coco from her school I had a child who was completely dominated by fear.

Coco’s fear was separation anxiety. She could not handle being away from me while she was at school. Looking back now I can easily see that all the signs were there and I should have been able to identify it sooner. Instead, I had her stay in that situation for a few weeks. When I finally did pull her out, the repercussions of that fear lasted for months.

I’d like to briefly share some of the “symptoms” and behaviors that she expressed during that time. I sort of isolated those actions and disciplined what I thought I needed to. Now, I understand it was really all symptomatic of a much larger problem. I would go back and handle those behaviors differently now, but I cannot. Instead, I’ll share:

My Daughter’s Symptoms of Separation Anxiety

1.) Complained frequently of a stomach-ache.

2.) Lashed out at her family members, and physically hit/scratched us.

3.) Cried at night and first thing in the morning.

4.) Woke frequently throughout the night.

5.)  Resistant to any change in plans, and wanted to be at home with mom and dad above all else.

It’s funny how you can put everything together AFTER the fact. However, this information might be valuable again for me with my other children. And if it helps you, even better.

Coco’s behavior did not improve as soon as we pulled her out of school. I was surprised and often frustrated by this at the time. She would freak out if Matt and I wanted to go on a date. She threw fits about going to Sunday School. She was practically glued to my side for a three-month period. Any mention about someday going back to school sent her into a tizzy of tears and angst.

I would get really impatient with her. I thought that my dramatic declaration of sacrifice (removing her from school to be home with me all day) should appease her fear and anxiety. Nope. Not even close. 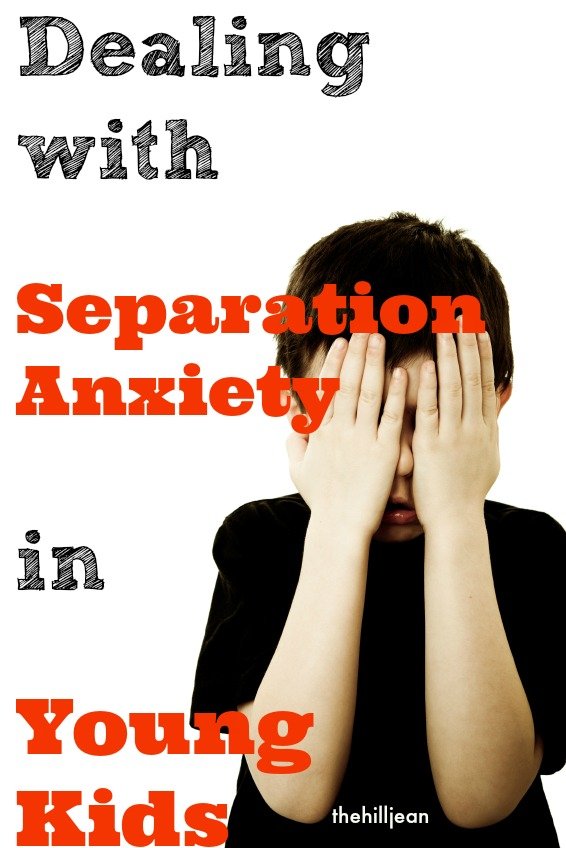 Fortunately, for her, God taught me something pretty big in those months. Namely, that I had to give her some grace. I turned to a book that I had bought the year before and finally got around to finishing it. Allow me to plug Grace Based Parenting by Dr. Tim Kimmel.

Let me share something that kind of rocked my world and challenged me to view my daughter in a much better way:

“Many of our kids do things that annoy, frustrate, or embarrass us, but they are not wrong. Every time we point these things out, we tell them that they don’t measure up. This builds a foundation of insecurity in them…a parent should communicate nothing but acceptance for the unique characteristics of their children. When they do that, a child senses the kind of acceptance that God has for our uniqueness.”

I didn’t want a shy daughter. I never did. I didn’t want a daughter who had an unreasonable fear of being away from me. However, God gave her to me and those characteristics aren’t wrong. They’re different, they’re complicated and maybe sometimes impractical, but they aren’t wrong.

I had to stop talking about her “shyness” and “fear” as if they were wrong. Instead, I had to allow her to be herself and give her the right tools to deal with situations that scared her.

Coco is a different person today. Yes, she is still a more reserved child, but the fear that racked her is no longer there. She is smiling and saying hello to new people. She is happily going to Sunday School. She WANTS to go to kindergarten in the fall.

Yes, the kid that swore she would never go back is now asking me when school starts and telling me how excited she is to make new friends. She is staying the night with her grandparents and cousins. She is wanting to try new things.

I think the biggest reason for all this improvement is that I learned to give her grace as a parent. Also, lots of prayer. But here are some tangible things that majorly helped us and could possibly help you as well.

How We Helped Our Daughter Deal With

1. We stopped explaining to people that “she’s just shy.” It was really hard, but I had to stop saying this in front of her.

2. Before going on a date, Matt and I would give her a project that she could complete while we were gone. Something like a craft, or baking. I got this idea from the book Slow and Steady, Get Me Ready by June Oberlander. This broke up the time for Coco and gave her something to look forward to.

3. We put her in gymnastics. OMG, this helped tremendously! After every class, Coco leaves with a sense of accomplishment. She is proud of her progress and is reminded each class that she is getting even better.

5.) We celebrated small victories in big ways. We talked about bravery, courage, and grit. She had these talks with her dad, me, and her grandparents. If she went to Sunday School without any tears, we went out for pizza. If she smiled and said hello to someone new, we praised her for days. We still do this. Because we are still SO PROUD of her and want her to know it.

Ok, this post has gotten really long. I apologize, but I wanted to give some clear examples of how much she has grown out of her fear. Its not gone completely, but it has diminished so much that even she is aware of her own growth.

Does your child deal with fear or separation anxiety? I’d love for you to join in the conversation and share things that you’ve learned on the crazy journey of parenting.

11 thoughts on “Dealing With Separation Anxiety in Young Children”