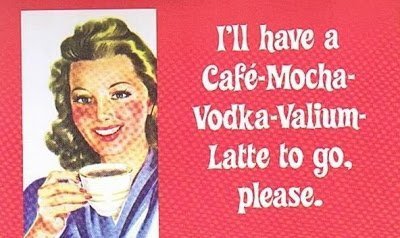 Time for a tiny update.

My hand that had surgery a few weeks ago is pretty well. I am amazed at how quick the body can heal.
I still have a ways to go with regaining mobility and strength, but I’m so encouraged by the healing that’s taking place. My physical therapist says its important to keep my nerve “happy,” so I thought I would give it a treat by blogging. Cause that’s what makes me happy.
I don’t have my other surgery for a few weeks so I figured I would jump back into writing–as much as my hands permit. And since I plan to write, I feel like I should be honest with you and let you know that things have been pretty dang hard over the last few weeks. I don’t want to whine and complain, but more than that I don’t want to be fake and give you a false sense of who I really am.

The carpal tunnel problem started around Christmas time, and I thought it was just my body playing tricks on me again. It’s been playing tricks on me since I was Coco’s age disguising the flu to look like spinal meningitis, teenage stress to appear as the beginnings of M.S., a cyst in my toe to look like a tumor, and the list goes on. And even though I’ve had eight foot surgeries, the mysterious little illnesses always clear up and I maintain a pretty healthy life.

And—for the record–I am NOT a hypochondriac. I’m not. I don’t freak out and think I’m dying if I have some random symptom manifest. I usually just get irritated with it, go to the doc if it lasts too long, and move on. My cavalier mindset is probably the result of all those “false alarms” in my youth.

So the “googling” of my hand problems did not take me any further than carpal tunnel syndrome, because I knew that “numbness,” “weakness,” and “lack of muscle control” would show up on lots of scary diseases and I just wouldn’t go there. It was carpal tunnel, nothing more.

As I mentioned here, my orthopedic took one look at me and sent me right off to a neurologist. I had a nerve test done, which let me just say is NOT FUN. When the doctor told me (while he was poking my thumb with a needle–and having me raise and lower my thumb–eww) that they usually give people valium before the test, I about flew off the table.

Doc: “Well, we didn’t really have time to go over that with you. You could have some now but it won’t kick in for about twenty minutes.”

Me: “So…you could stop poking me until I feel loopy and don’t care? Hmm.”

Doc: “But you’ll have to wait the twenty minutes and we’re already halfway done.”

Ugh. Needless to say, I chose to forgo the drugs. I mean, I had a spiked ball of fire rip me in half before, so what’s a needle?

Anyhow, as my arms were being stabbed poked with that needle, the doc tried to make small talk.

Doc: “Do you have any history of connective tissue disease in your family?”

[Eerie feeling creeps over my body.]

“No, I don’t think so. You’re kinda freaking me out over here.” nervous laugh.

And then the laughter got more nervous, stifled, and was replaced with some tears that threatened to choke me.

Everything was coming together.

I’ve been pretty sick lately–like not completely incapacitated, but feeling as if I have had the flu for about four months. It stinks. I figured I was just really tired and overrun. However, combined with the sudden carpal tunnel, I realized that I could no longer avoid the “googling” that would need to be done. Blech.

In fact, the doc ordered that I go home and start researching. He told me I was one of the worst cases he’s seen and that you don’t just “get” carpal tunnel out of the blue. Something was definitely going on in my body.

After the test, life took on a dark and depressing tone. What’s wrong with me? That’s the question that went through my mind then, and continues to surface multiple times a day.

Matt wasn’t home that weekend–he was away at a conference, and if my inlaws hadn’t been there I don’t know what I would have done! They’ve been a huge support throughout this process. I cant be home alone with the kids because my hands are just not reliable, and Leann has made herself available to me to just fly out and be Super Mimi a few times ???? I am so thankful for her. We had a few adventures with the chillens and I cant wait to share the funny stories that come out of those days she spends with us. My dad and sis in law, Candace also made a trip out. I think Dad had originally intended to be “moral support,” but he definitely had to step in change a diaper here and there. And Candace is probably the best house guest you could ever have because she wont let a dish stay dirty for longer than five minutes. That’s quite an accomplishment in this household! Thank you to all of you who have been so helpful! Hopefully I haven’t burned them all out too much…

So do I have a connective tissue disease? Who knows. I feel like a regular doctor’s-office-groupie. I walk in with my stack of labs, quote my symptoms, show my hands, and then get more labs or referrals or whatever. It’s pretty exhausting to “find out” what’s causing this. Whatever it is has moved up to my shoulders now, yet, perhaps my biggest fear is that I’m gonna be bald pretty soon.

Cause lets just say I could have cloaked one or two small dogs by now with all the molting thats been going on over here. I’m worried.

I know my scalp is really, really white. And I know I’m veiny. So…ugh. Lets just hope it stops SOON!

Ok, whining is done. Lately all I’ve done is whine and complain. I wanted to keep this out of my blogs, but all I do is blog about our life here, and that would be a lie if I didn’t share this. Plus, there are a few funny stories about stupid doctors and my smart little mouth.

I mean, my sanctification process ???? 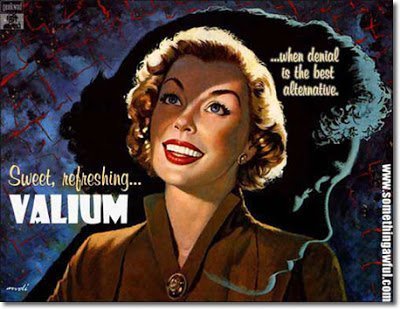 Wordful Wednesday: Mark Twain Just Gets Me
Write Your Own Stories
Where I'm From

4 thoughts on “Where’s My Valium?”