Well, yesterday was serious and I promised you some funny to balance it out. {If you want to know why so serious you can catch up here and here.}

I will have you know that I was up until 1 AM working on what could have been a VERY FUNNY video were it not for the stupid sound being off. Confound technology! Tantalizing us with all the possibilities of awesomeness and then whisking away our dreams in a glitch. Grrrrr.

Story of my life.

And yes, I realize how profound my first world problem really is.

So. Something else. I’ve had these little funnies swirling around in my brain ever since the first round made its debut.

What? You don’t know what I’m talking about? Is it possible that you missed my positively brilliant game? The Would You Rather Game For Parents. Yes, go back and read that to gather your context.

Well anyways, it was so fun crippling everyone with the fear of two horrible choices that I decided to create a sequel, or rather, a prequel for the championship series. Yes, there is going to be a real sequel…maybe two. Now, here’s the rules: 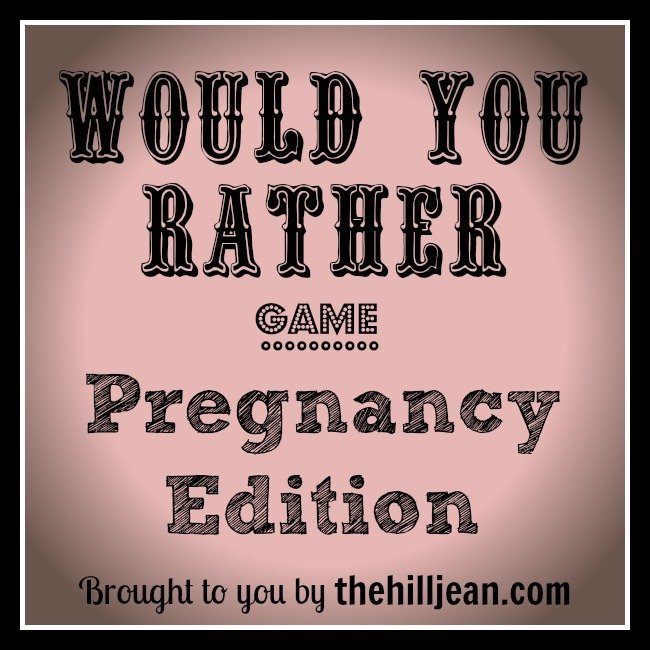 1.) Would you rather be incredibly, horrendously, excruciatingly nauseas for four months or feel perfectly fine but be confined to bed-rest for all nine months?

2.) Would you rather have psychotic mood swings but only gain 25 pounds, or be the most lovable preggo alive…but gain 55 pounds.

Ooh. That one burns, doesn’t it?

3.) Would you rather have boobs the size of Texas but with a small milk supply, or have inverted nipples and a milk supply that could feed a football team?

4.) Would you rather have heartburn or hemorrhoids…for nine months?

6.) Would you rather have gigantic cankles and swollen feet for nine months or have your feet grow two shoe sizes during pregnancy?

8.) Would you rather have a delivery doctor who talks about you in the third person or a midwife who constantly tells you that you’re doing a beautiful thing?

9.) Would you rather your birth coach have rotten egg breath or a birth coach who is distracted by the World Series?

10.) Would you rather the on-call OB be your ex-boyfriend, or the anesthesiologist who gives you the epidural be your high school nemesis? 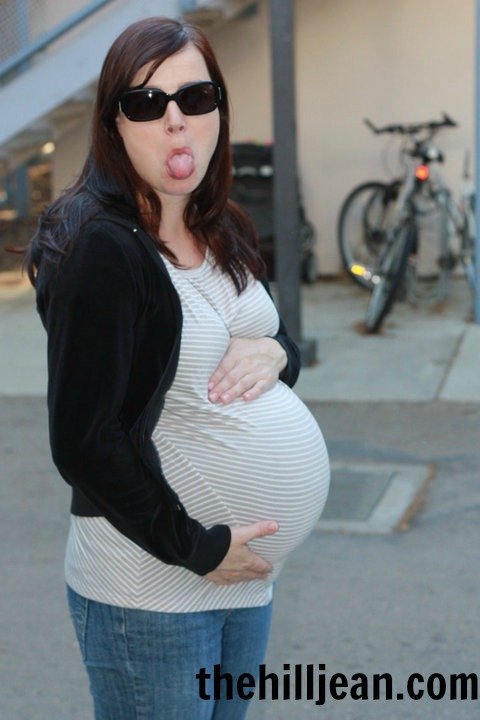 Alright. You’re all set to play. There is no answer-key. Only the lesser of two evils. Muahahahahahahah!

If you haven’t taken the first test you can get going over here!

If you’re uptight after playing, unwind by imagining yourself on the ultimate vacation cruise. But wait…it’s actually a possibility! Enter the giveaway! Also, have you seen the incredible “Before” pictures from my Sherwin Williams project? People have asked if it was staged…it wasn’t. The big reveal is coming up but in order to fully appreciate it you must see the BEFORE!

18 thoughts on “Would You Rather: Preggo Edition”